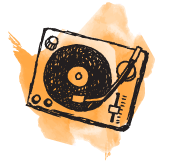 During the voting that may take place at the General Assembly, according to art. 35 (7) of the Statute, “each member has as many votes as there are ten times the units of percent participation in the sum of the amounts with which the members invoiced the Organization in the last two (2) consecutive years preceding that in which the General Assembly takes place, pursuant to the provision in Art. 9 (5c) L. 4481/2017 (=amounts collected or due). If the membership period is shorter than two years, its votes shall be equal to 10 times the percentage of its membership in the sum of the amounts invoiced by the organization to its members in the year preceding that which takes place at the General Assembly. In no case shall the number of votes of the member be less than ten (10)”.

The 7-members Board consists of a Chairman/Chairwoman, a Vice Chairman/Vice Chairwoman, a Secretary General, a Treasurer and three Members. Usually convenes on a monthly basis and is responsible for the decisions regarding the operation of the Organization.

The current Board consists of the following members:

Duties of General Manager, only for the internal affairs of the Organization, exerts the Management Consultant Ms Eleni Foscolou.

The current Supervisory Board consists of the following members: